A chronic wound is a non-healing wound that does not heal in an orderly set of stages and in a predictable amount of time as acute wounds do. Acute wounds progress through the normal stages of wound healing and show definite signs of healing within four weeks, while chronic wounds do not progress normally through the stages of healing (often getting ‘stalled’ in one phase, most commonly the inflammatory stage) and do not show evidence of healing within four weeks. Wounds that do not heal within one to three month are then considered chronic. 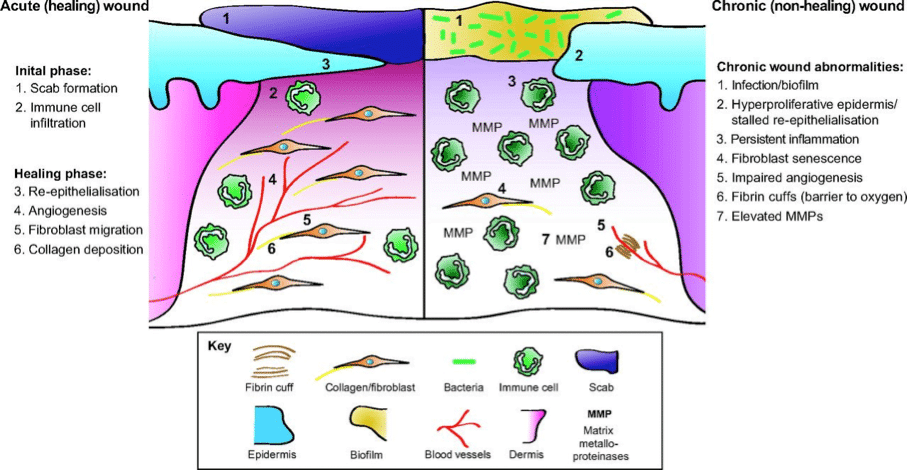 The prevalence rate for chronic non-healing wounds is estimated to be over 2% of the general population. A conservative estimate of the staggering cost of caring for these wounds exceeds $55 billion per year. To put this in perspective, this is ten times more than the annual budget of the World Health Organization.

An ulcer is defined as a breakdown in the skin that may extend to involve the subcutaneous tissue, the level of muscle or, even to the level of bone. Chronic ulcers can have different underlying causative factors but commonly exhibit the following pathogenesis; the elementary etiological factors (blue), the resulting morphological correlates (green) and the consequent pathophysiology (red). The reciprocal interference of the pathophysiological factors is shown. These changes perpetuate inflammation in chronic wound pathogenesis: 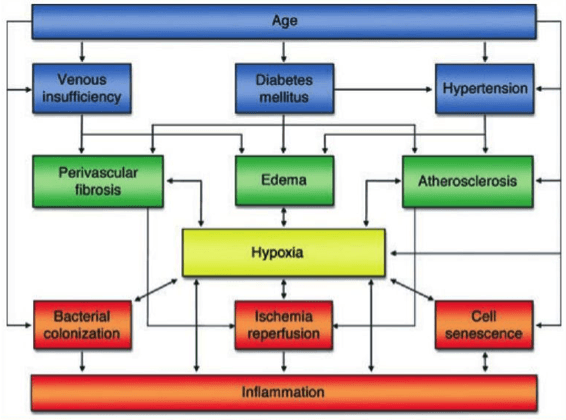 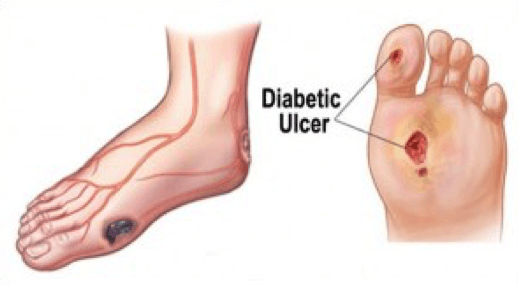 Diabetic Ulcers
Diabetes-related ulcers are chronic complications of this disease and can even result in amputations. Around 25% of diabetics will develop a foot ulcer in their lifetime, resulting in 4 million diabetic foot ulcer cases in the USA annually. Diabetic ulcers commonly occur on the toes, midfoot or heel.

Diabetic ulcers form due to a combination of the following factors: lack of feeling in the foot, poor circulation, foot deformities, irritation, trauma, and/or duration of the diabetes. These ulcers are usually seen over pressure points, such as heels, tips of toes, or anywhere the bones may protrude and rub against bed sheets, socks, or shoes. The peripheral arterial diseases and peripheral neuropathy that can occur with diabetes, wherein the small blood vessels in different parts of the body become narrower and reduce blood circulation to those areas, causing healing problems. This lack of circulation results in a reduced supply of oxygen. 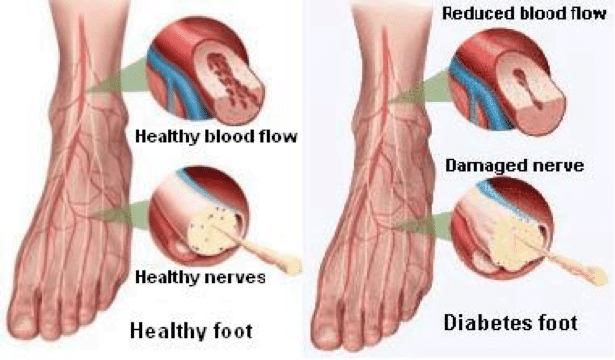 Diabetic wounds may present with the following signs and symptoms: 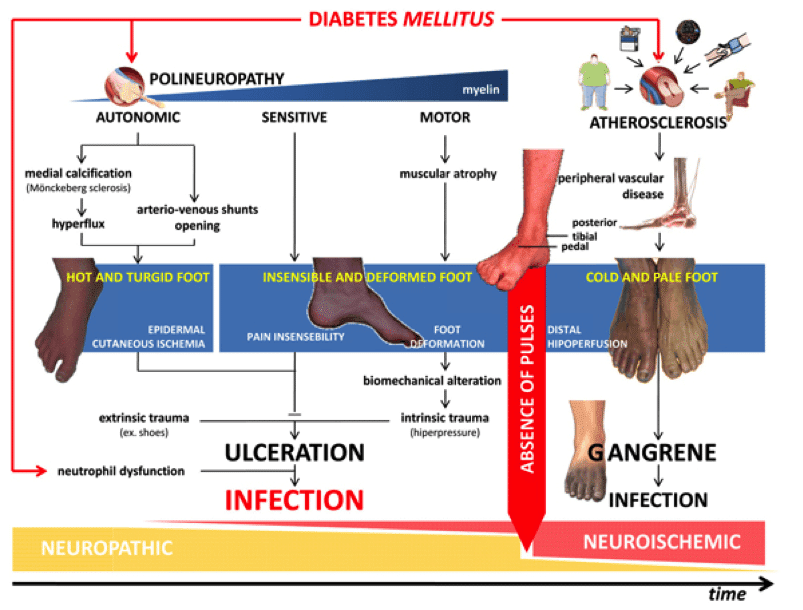 Venous Ulcers
Venous ulcers are sores that penetrate deep into the skin and develop after veins in the legs have been damaged. Accounting for approximately 70% of all leg ulcers, venous ulcers affect 1% of the world’s population and are the most common cause of lower extremity leg ulcers.

Venous ulcers are caused by incompetent valves in the veins of the lower leg, especially in the perforators. These incompetent valves cause blood to be squeezed out into the superficial veins, when the calf muscles are contracted, instead of upwards towards the heart. Dilation of superficial veins occurs (varicosities) and the subsequent raised venous pressure results in edema, venous eczema and ulceration. Valves may also become damaged following the venous hypertension that occurs in pregnant women and there may be congenital absence of valves. 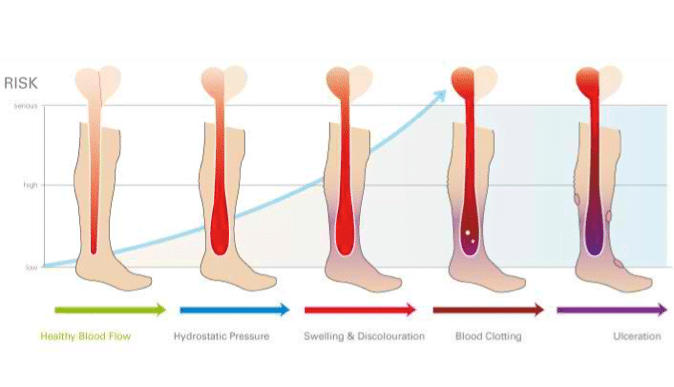 Pressure Ulcers
Impacting over 3 million adults in the US every year, pressure ulcer treatment and prevention are amongst the greatest challenges facing healthcare facilities and caregivers today. Pressure ulcers, also called decubitus ulcers, arise due to too much pressure being applied to one area for a prolonged period of time. The resultant ischemia leads to tissue necrosis, which typically impacts anything closest to the bone first.

Staging Pressure Ulcers
Pressure ulcer severity is assessed utilizing the following staged scale system from the AHCPR Guidelines, with stage one being least and stage four being most severe:

Stage 1
Non-blanchable erythema of intact skin and the heralding lesion of skin ulceration. Discoloration of the skin, warmth, edema, induration, or hardness may also be indicators in individuals with darker skin color.

Stage 2
Partial-thickness skin loss involving epidermis, dermis, or both. The ulcer is superficial and presents clinically as an abrasion, blister, or shallow crater.

Stage 3
Full-thickness skin loss involving damage to or necrosis of subcutaneous tissue that may extend down to, but not through, underlying fascia. The ulcer presents clinically as a deep crater with or without undermining of adjacent tissue. 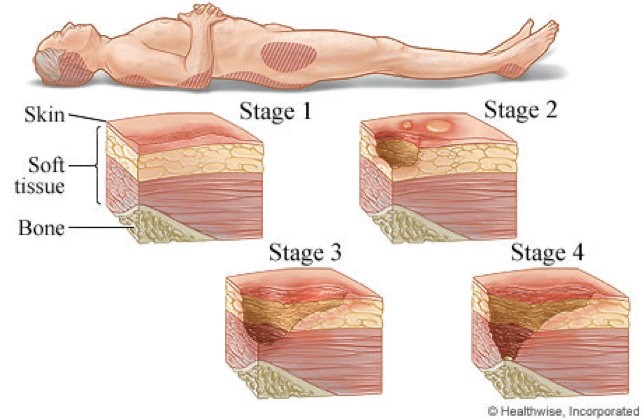