In the United States, TWO2 is reimbursed within the Veterans Administration and other government sectors under our awarded Worldwide Federal Supply Schedule Contract, contract number: 36F79719D0186. The Veterans Health Administration is the largest Integrated Health Network in the USA, that serves our 23 million Veteran population, operates 1,400 care sites including 154 hospitals, and treats over 9 million veterans each year. Other federal agencies, such as the Department of Defense, Bureau of Indian Affairs, and Bureau of Prisons are also covered by this contract. Additionally, Topical Oxygen is also reimbursed by New York State Medicaid. 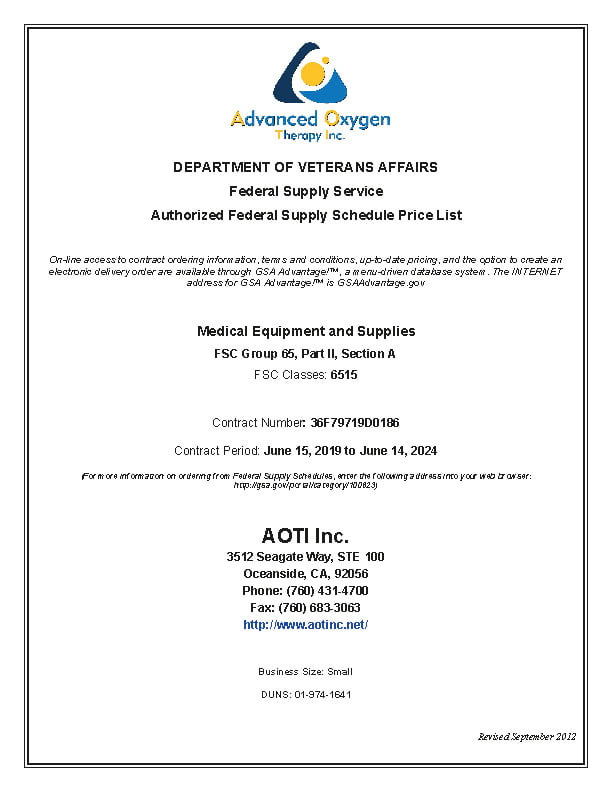